A few weeks ago we wrapped up our first job within Dusk City Outlaws, a game that I'd been really excited to play for quite some time. Some friends of ours had started a job with us pre-quarantine but getting together to finish it became somewhat of a chore and eventually it fell by the wayside. A couple months into quarantine and we all needed an escape, so it felt like a good time to get The Right Kind of People together and do some crimes. 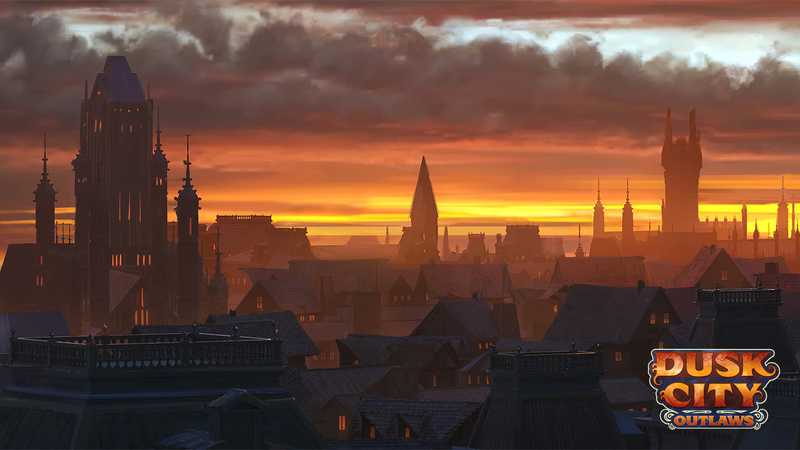 After getting familiar with the rules and watching some videos of jobs (this Hat Films series where they play The Canal Job is a must watch), I wound up selecting The Ship Job for our playthrough. It took us 3-4 sessions to get through the job despite it being a game that in reality can be played through in a day. That's mostly due to the fact we can only play one day a week and only after hours since we have children. It's also due to us roleplaying way more than we should have, but I'll get to that later...

One of the first things a new Dusk City criminal will notice is that a lot of the world building is done by the players themselves. The job gives a basic outline of who the NPCs are in the story, their motivations, and the setting but everything else is decided by The Judge or the players. When a player sets out to Case The Joint, they usually describe what the area they are casing looks like. The Judge then decides what, if any, intel the person gathers from that particular scene or if they run into any trouble.

This was a lot of fun as it involved everyone in worldbuilding and didn't place a huge upfront burden on The Judge to flesh out a full campaign as something like 5e does (if you're rolling your own campaign). This lead to some great scenes such as our Gravedigger player (my wife) inciting hysteria about a plague near the docks to help clear some of the dock workers during the heist.

As with all new things, I also made a lot of small mistakes in this campaign. I now have a better feel for the mechanics and things to avoid. One of the bigger mistakes I made was letting my heat build up. Heat is the resource that The Judge spends to introduce complications to the job. I introduced the players to a couple small complications, but I was enamoured with the prospect of a plot twist later on in the job. The only issue is if you wait too long in the job to reveal the plot twist, you may run into a situation where the players don't have much time to react to it.

In this job in particular, I introduced a plot twist on the last day of the job. The plot twist was that while they were executing the job, pirates attacked the harbor. Because it was the final day of the job, the only real thing the players could do was to take advantage of the situation and try to get out during the mayhem. They succeeded, but it felt like I had pulled the rug out from under my players. They had spent the whole job setting up their plans and even had contingency plans in place if that fell through and then I literally and figuratively blew up their plans by throwing this huge obstacle at them without any time to react in a meaningful way.

Kind of a bad move in hindsight...

Next time I'd like to play in a way that adds suspense over time and maybe save a little extra for something special towards the end, but no way will I be hoarding heat like I did this time.

Some other points I got out of this playthrough was the importance of really limiting planning to planning scenes and not making everything into a drama scene. Planning in Dusk City Outlaws happens in 15 minute scenes and is limited to that scene. You literally start a timer. We have a talkative bunch of players and they can easily eat that time up twice over if you let them. Let that happen enough and you look at your clock to see it's midnight. The Judge needs his/her beauty sleep after all...

Related to the last point, in 5e campaigns roleplaying is what we spend a lot of our time doing. That doesn't quite work in Dusk City if you want to finish a job in a reasonable amount of time. If someone has an ability to do something and it's reasonable that they could do that thing, you don't need to roleplay. If a Gravedigger wants to oversee a burial somewhere, why would you make that any more difficult than it needs to be? Let them describe the scene and get on with your day. Roleplaying took up a lot of our time when it didn't have to.

I don't mind roleplaying more than Dusk City expects, but a line does need to be drawn somewhere or else it can make things take significantly longer than they need to.

Overall, I really really enjoyed playing Dusk City Outlaws. It's become my go-to when we want to play a short RPG campaign. Definitely check it out if you like table top gaming even the slightest. 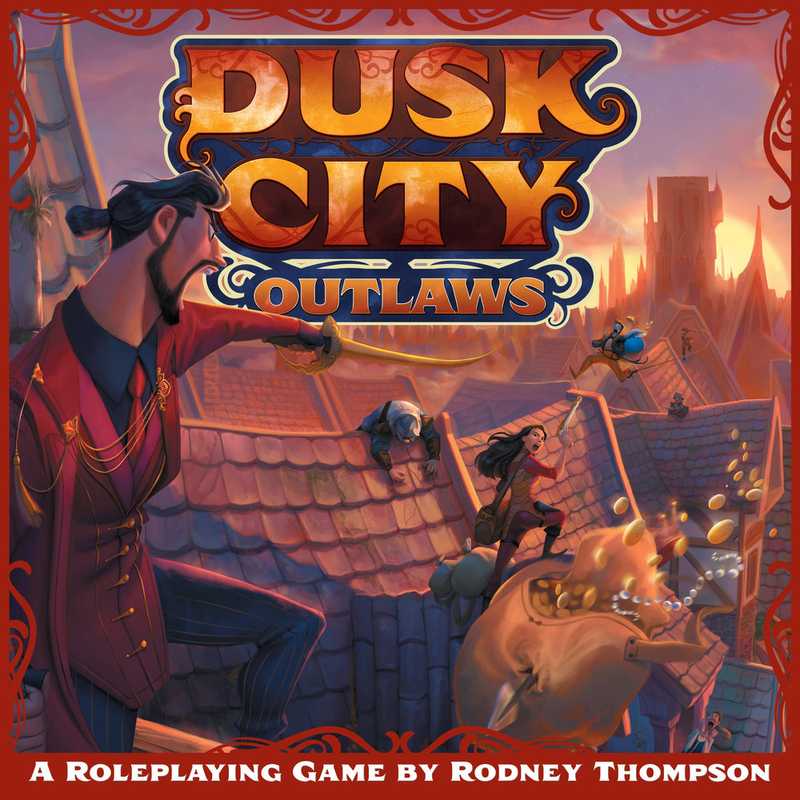